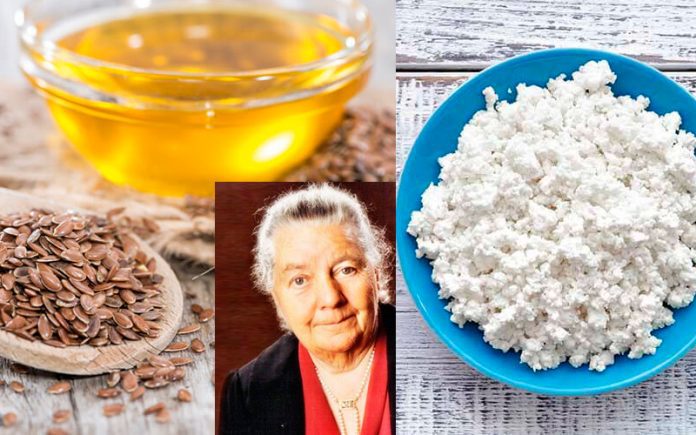 Who would think that cottage cheese and linseed oil are able to create a miracle? Sometimes even the most complex things turn out to be incredibly simple. You never know until you try.

Johanna Budwig was one of the leading biochemists in Europe researching cancer. She was born in 1908 and passed away at the age of 95. She was put forward seven times for the Noble prize for her incredible openings and achievements in oncology treatment. During her lecture in Zurich more than fifty years ago, on the 2 day of November 1959, Budwig told the following: “Enzymes, responsible for oxygen absorption are not able to function properly without fatty acids. The person starts to choke even when breathing the air rich in oxygen. The lack of fatty acids ruins the most important functions of the body.” Doctor Budwig noted that the intake of de-oiled and processed fats and oils cause serious problems with health. And keeping in mind that all products in the market are not rich in fat, we may conclude that the health of both kids and adults is at risk.

Doctor Budwig spent several years to research more information about the blood of patients suffering from cancer. As a result, she discovered that the blood of such patients has low levels of phospholipids and lipoproteins. Furthermore, she discovered the decreased level of hemoglobin and strange yellow-green particles. She also discovered that people without cancer have higher levels of Omega-3 fatty acids, which is significantly higher than of those with cancer.

Based on her achievements, she started to use the experimental way to find a proper diet to treat cancer. As a result, she chose the mix of cottage cheese and organic linseed oil. Linseed oil has more Omega-3 fatty acids than all other products. This oil is easily processed by the body causing no allergic reactions. Cottage cheese is rich in phosphoprotein.

Budwig discovered that the combination of the cottage cheese and linseed oil makes the linseed oil dissolvable with water, allowing the body to process it faster and more efficient. Using only linseed oil is totally harmless, but useless at the same time. This oil has to be mixed with the cottage cheese. Surprisingly Budwig noticed that in after just three years of keeping her diet, the state of the cancer patients started to improve. Tumors started to decrease in size, patients became more powerful, and yellow-green particle disappeared at all. The level of phospholipids and lipoproteins gets back to normal state. She managed to save even hopeless patients abandoned by doctors. After performing numerous tests she managed to find the optimal combination – two tablespoons of organic (cold pressed) linseed oil have to be thoroughly mixed with 100-150 grams of cottage cheese. This paste has to be taken once per day.

During her researches, Budwig discovered the malignant effect of so-called ‘bad’ fats. In particular, she published information about widely used methods of hydrogenation (e.g. production of margarine, which is incredibly dangerous for people with the risk of oncology). Doctor Budwig was attacked for her scientific views, and later her achievements were ignored by the official medicine paired with the commercial interests of both pharmacological and food industries.

Cliff Beckwith who was a patient of Doctor Budwig, and spend more than 10 years under her control because of the prostate cancer, claimed that there were more 1000 success stories documented. However, both pharmacological and oncologic industries ignored all the achievements of Doctor Budwig. Furthermore, her researches significantly damaged the image of the companies involved in fatty food production process.

Budwig considered the use of any refined oils or so-called artificial fats (margarine and mayonnaise) produced using the hydrogenation or partial hydrogenation. All these fats are not processed by the body and the heart, causing various health problems, even on the cell level. Doctor Budwig included even incredibly popular unsaturated fats, which are widely using in the cooking and baking industries, into the list of dangerous fats.

According to her people are allowed to eat carbohydrates, which contain natural sugar, i.e. apples, figs, pears, and grapes. The refined sugar is not allowed to be eaten in any case, as well as pasta, macaroni, white bread, fatty meat, and fried or preserved products. She recommended eating at least 100 grams of the cottage cheese and 5 grams of linseed oil in order to keep the proper health level for each and every person.

According to her diet, the breakfast could include honey mixed with organic cold pressed linseed oil (such oil can be kept only in the fridge), some amount of fresh raw milk (which is pretty hard to find in the modern environment) and fresh cottage cheese. She also allowed eating some nuts (except peanuts) and a small amount of fresh seasonal fruits. 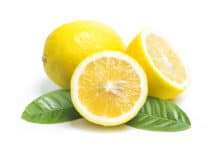 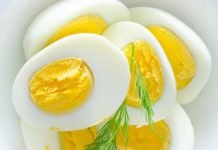 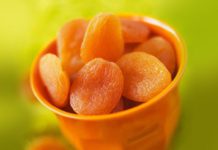 October 4, 2020
In an effort to lose weight, we sometimes do not listen to the voice of reason, literally torturing his body rigid restrictions. Meanwhile, you...

Special exercises to make at home: just 4 weeks before the total transformation!

June 11, 2018
We offer you an easy yet comprehensive workout program, which will allow transforming your body in just a month. All exercises can be carried...

Powerful and fast abdominal fat burning method – minus 13 kilograms in one and...

June 4, 2018
There are many different weight loss methods offered on various social networks; however, the majority of them is simply useless or inefficient. Tiring diets...

June 4, 2018
These exercises will help to lose annoying excessive centimeters on your waist at one stroke and to get a flat abdomen! If you have...

May 21, 2018
If you decide to lose your weight, you need to follow such a detailed nutrition plan! The egg diet won’t damage your body because...

ABOUT US
© 2018 All rights reserved. The material in this site is intended to be of general informational use and is not intended to constitute medical advice, probable diagnosis, or recommended treatments.
FOLLOW US